Naval is famous for its salt mines which, for almost 1000 years, have been exploited to produce this precious commodity, which during  the Middle Ages was as valuable as petrol is today.

From the car park of the salt flats, we set off around the complex of recreational pools and salt production to head up a steep climb to the hermitage of Santa Quiteria. From there the route descends along a short stretch of path to the track from which we had turned off shortly before, and continues on the circular route around the Tozal de Bolero. On reaching the Vereda de Abizanda the route descends rapidly until it returns to the salt flats from where we started.

It is a short route with a certain slope that will require adapting the pace of the ascent and descent. 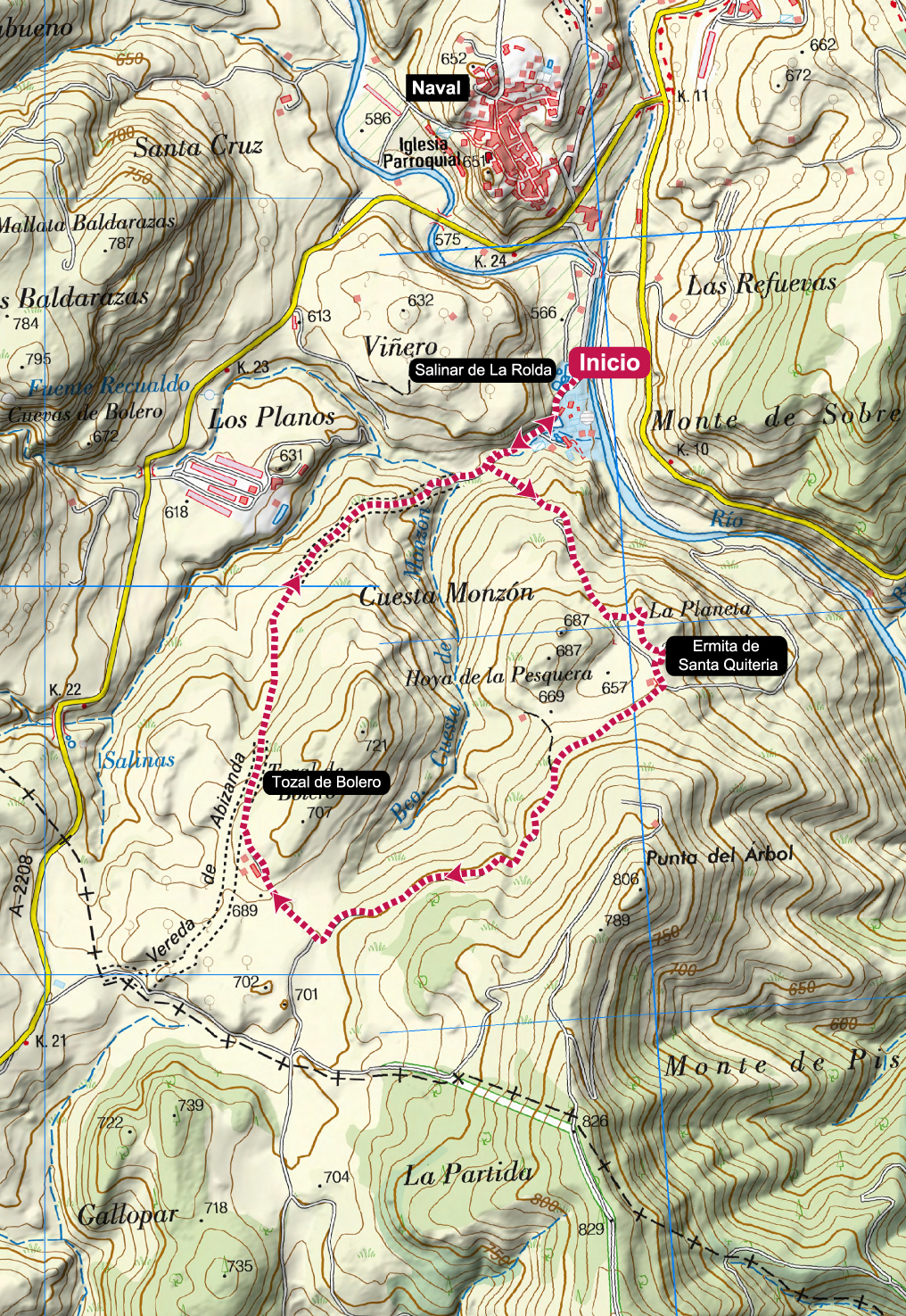 Hermitages of the Flatlands

Route of the Cinca River and El Grado Aqueducts

We use cookies on our website. Some of them are essential for the operation of the site, while others help us to improve this site and the user experience (tracking cookies). You can decide for yourself whether you want to allow cookies or not. Please note that if you reject them, you may not be able to use all the functionalities of the site.